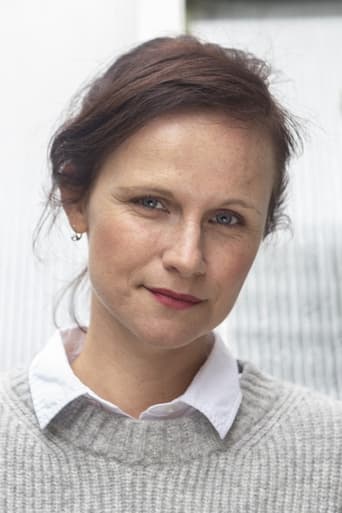 Kristýna Badinková Nováková, née Kristýna Nováková (* April 24, 1983, Prague, Czechoslovakia) is a Czech film actress. Her most famous role is Jindřiška from the film Pelíšky. She graduated from a specialized secondary school in the field of tourism and DAMU, Department of Alternative and Puppet Theater. From 1994 to 1998 she was a member of the White Network Theater Ensemble, since 2005 she has been organizing her own theater projects (in 2005 she premiered the author's performance ADORE in the NoD theater space in Prague). She became known to the audience thanks to the film Education of Girls in the Czech Republic, where she drew attention to herself in the role of the schoolgirl Agatha. There, she was also noticed by director Jan Hřebejk, who invited her to an audition for the role of Jindřiška in the film Pelíšky. She also starred in the TV series Pool, Surgery in the Rose Garden, Airport and in the films Ro (c) to Subversives, Catch the Doctor, Children of the Night, etc. She also appeared in the documentary My House, My Castle by director Pavel Fojtík and also starred in How we shot with Tom directed by Moris Issa - the winning film at the CIAK Junior international show, where short films made according to children's themes compete. He also performs in the theater, eg in Studio Two Women's Locker Room, Healthy Sick, Graduate. She was married to director Jaroslav Fuit. On November 25, 2009, their daughter Rozárie was born and in 2013 their daughter Mariana. In 2016, she divorced him. In 2018, she married for the second time.