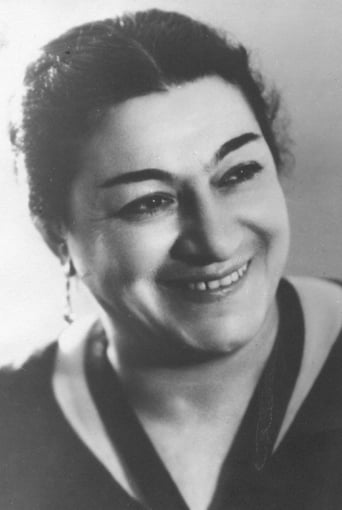 Nasiba Zeynalova was born in Baku (then part of the Russian Empire, present-day capital of Azerbaijan), the daughter of merchant and stage actor Jahangir Zeynalov. The family fled to Iran just before the Azeri massacre of March 1918 committed by Bolshevik military units in Baku. Her father died during their trip back home in September 1918, via the Caspian Sea. While in secondary school she attended dance courses. In 1932 she joined Rza Tahmasib's drama club. In 1937 she joined a vagrant theatre troupe and toured several Azerbaijani towns. In 1938 she started working at the Azerbaijan State Theatre of Musical Comedy. She earned a degree at the Baku School of Theatre. In the following years Nasiba Zeynalova acted in 22 films and around 70 plays, as well as in numerous television sketches. She is most remembered for the roles of Fatmanisa in Stepmother, (1958), Sughra in Our Teacher Jabish (1969), Jannat in Mother in Law (1978) and Nasiba in The Kidnapping of Fiance (1985). She was famous mostly for her comedy roles. In 1967, she was named People's Artist of Azerbaijan.