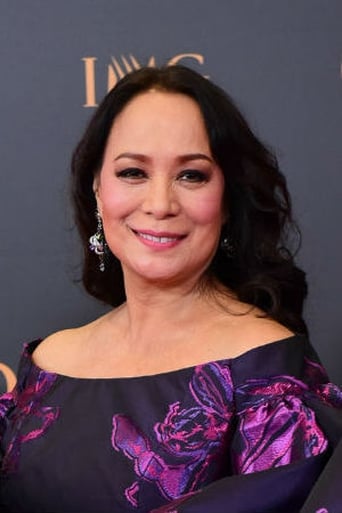 Gloria María Aspillera Díaz (born 10 March 1951 in Aringay, La Union) is an award-winning actress in the Philippines, and the first Filipino to win the Miss Universe crown in 1969 in Miami Beach, Florida. Often cited as being part of the Díaz clan in newspapers, she is one of twelve children (10 girls and 2 boys). Díaz was approached by an individual who believed she would do well in the Miss Universe competition and groomed the young woman. Díaz was only 18 when she became Miss Universe 1969 after besting other candidates on the final question. It was about how to welcome the first men that had just landed on the moon -- Neil Armstrong, Edwin Aldrin and Michael Collins—as soon as they were back on the planet. She was crowned at the International American-owned pageant in Miami Beach, Florida, U.S. after their footage was set on the Statue of Liberty in New York. Díaz is a well-known actress in Philippine cinema and television. Her box-office mettle and acting prowess were honoured with the coveted FAMAS Award from the Filipino Academy of Movie Arts and Sciences for Best Supporting Actress in the 2005 FAMAS Best Picture Nasaan Ka Man. Díaz studied at St. Scholastica's College Manila. She is married to businessman Gabriel "Bong" Daza, with whom she has two daughters, Isabelle and Ava.