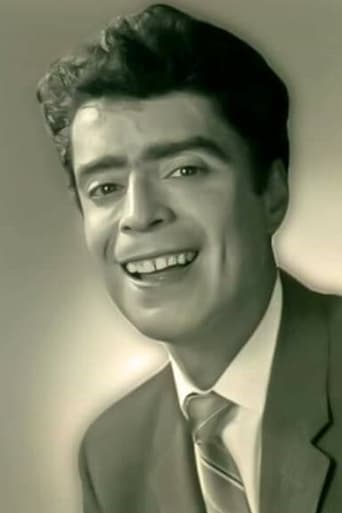 Adalberto Martínez Chávez, better known in the entertainment world as Resortes was a renowned Mexican actor. Known primarily for his talent as a comedian, Resortes was also an accomplished dancer. His dancing defied gravity itself. He is believed to be, as seen in several of his movies, the creator of the "walking backwards" dance steps, which many years later became known as "The Moonwalk" and popularized by Michael Jackson. Resortes, who began his career as a member of a circus, made his motion picture debut in 1946. He participated in more than 50 Mexican movies throughout his career, and he also participated in many television series. Many of his best films he made were El Rey de México (The King of Mexico), El Cartero del Barrio, Al Son del Mambo (To the Mambo's Rhythm) and El Futbolista Fenómeno (The Phenomenal Soccer Player). But one of his most famous movies was La Niña de la Mochila Azul (The Girl With the Blue Back Pack). That movie also had a sequel, La Niña de la Mochila Azul 2 (The Girl With the Blue Back Pack 2). Those two movies in particular became two of the largest teen movie hits in Mexican movie history and helped Resortes gain familiarity among the younger generations during the 1980s Resortes was hospitalized with emphysema on April 3, 2003 and died on April 4. His nephew is the international artist Alex Martinez.