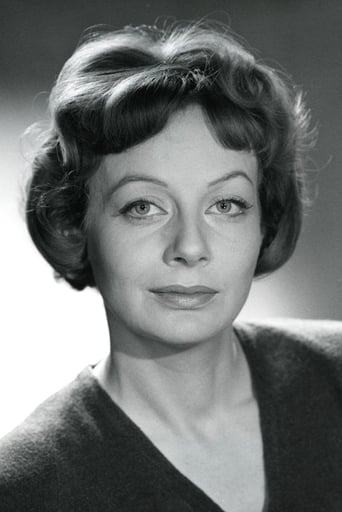 From Wikipedia, the free encyclopedia Birgitte Federspiel (6 September 1925 – 2 February 2005) was a Danish film, theater and TV actress. She won two Bodil Awards for best actress in 1955 (Ordet) and 1959 (En fremmed banker på). Born Karen Birgitte Federspiel in Copenhagen, she was the daughter of actor Ejner Federspiel and Gunver Fönss. She had a notable film roles as Inger in Ordet (1955) and, in later life, as Martine in Babette's Feast (1987), while on TV she played Baroness von Rydtger in three episodes of Matador. She died in Odense in 2005, aged 79.