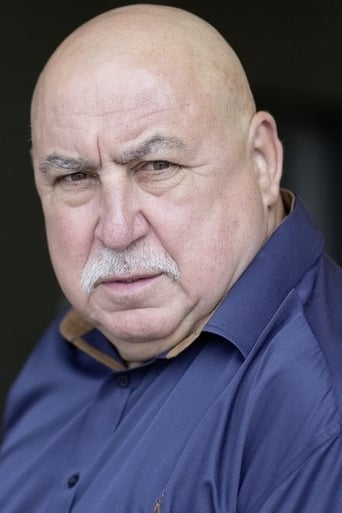 Andrej Hryc, also known as Andy Hryc (* November 30, 1949, Bratislava) is a Slovak actor and businessman. He was a member of VPN and a founding member of HZDS. In 1971 he graduated in acting from the Academy of Performing Arts in Bratislava. [1] He began his acting career at the State Theater in Košice (1971 - 1978). From 1978 to 1981 he was a freelancer and since 1981 a member of the Bratislava New Stage ensemble. After the Gentle Revolution, he first entered politics and then founded the independent radio station Twist, of which he was the director until the end of 2004 (licensed in 1991, started broadcasting in February 1993 and broadcasting until April 2006). Since 2005 he has been the Deputy Chairman of the Board of Directors and. with. Radio Twist. He was Honorary Consul of the Republic of Seychelles. For a short time he worked as the director of the New Stage. He has acted in a number of films, television and radio productions. In the Czech television series Black Barons (2004), directed by Juraj Herz, he played the main role of the legendary Major Terazky. Andrej Hryc is also a signatory of Anticharta. He was born in 1949 in Bratislava, where he graduated from the Academy of Performing Arts. As a theater actor, he worked at the State Theater in Košice, on the New Stage in Bratislava (where he was also the general director for a time) or as a freelance guest actor in other theaters. He also devoted himself to politics, founding Radio Twist, in which he also worked as its director. During his acting career, he has acted in more than 50 films (Furious Max and Ghosts, Friend in the Rain I., II., On the Beautiful Blue Danube, Rivers of Babylon), in many television programs and productions, series (Elizabeth's Court, Frankenstein's Aunt , Black Barons), regularly performed on Slovak radio, is a prominent figure in Slovak dubbing. He co-produced the Czech-Slovak production of the musical Hamlet in Prague and Bratislava. He currently performs as a musical actor at the Nová scéna theater in Bratislava and at the Prague Music Theater in Karlín. As the director of Radio Twist, he was the organizer of many public activities for the benefit of children's homes, charities, e.g. Red Cross, Cancer League, Smile as a Gift Foundation, Twist vs. AIDS Foundation. As Honorary Consul of the Republic of Seychelles in the Slovak Republic, he is the head of its embassy in Bratislava.