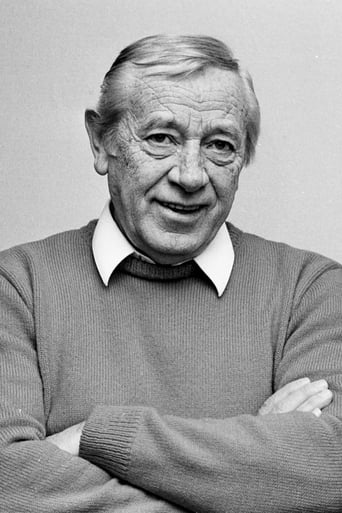 Karol Machata was born into a working-class family in Malacky. He started on the radio at the age of twelve and devoted himself to amateur theater. In the end, he preferred theater to economics. From 1948 to 1950 he studied acting at the State Conservatory in Bratislava and from 1952 to 1953 he worked at the Army Theater in Martin. Karol Machata is one of the most important representatives of Slovak acting of the post-war generation. He performed his first roles on theater boards in Martin. He appeared in the production of Sládkovičová Marina (1948), in The Assassination (the character of a member of the group of assassins on Heydrich, 1949), he played the character of Fortinbras in Shakespeare's Hamlet (1950). His title characters Geľa Sebechlebský (1952) and Jánošík (1953) enjoyed a penetrating success. For the next forty-five years he was a member of the Drama of the Slovak National Theater in Bratislava, where he worked from 1953 to 1998. He became a versatile actor. He was able to play heroic roles, but he also excelled in comedic or lyrical positions. He made his film debut as a Slovak aviator in the Czech film Vítezná křídla 1950 and has been one of the busiest film and television actors ever since. He has acted in dozens of Slovak films that belong to the golden fund of Slovak cinema: Zemianska honor, St. Peter's Umbrella, Interrupted Song, Song of the Gray Pigeon, Midnight Mass, Miss Bacilpýška's Crime, Sin of Katarína Padychová, Hidden Spring, Gold, Salt or Geľo Sebechlebský and many others. For significant merits in the field of theater, film and radio production, the President awarded him the Pribin Cross II in 2003. classes. In 2005 he received the Tatrabanka Award for Art and in 2008 he won the OTO Award and was inducted into the Hall of Fame.