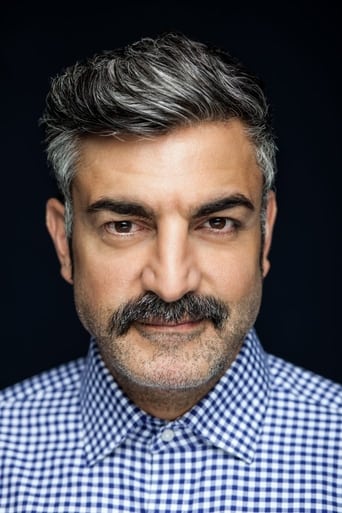 Born in Austria, raised in Germany, of Arabic-Turkish roots: Neil Malik Abdullah is in every aspect an inimitable actor. The talented actor is fluent in English, Arabic, and German and started his career with training at the "Schule für Schauspiel Hamburg" in Germany. He also took classes at HB Studio in New York, The Sanford Meisner Center in Los Angeles. He also took classes in Method Acting with Stephanie Feury. The committed actor worked in international projects such as "The Hamburg Cell" and "GSG9-The Special Unit". In 2008, Neil Malik Abdullah proved to be a comedic success at the Arab-American Comedy Festival in New York performing in multiple skits. In the feature film "Chiko," produced by Fatih Akin's production company Corazón International, Neil's audition inspired the director to add his character to the script, which later went on to win the German movie award "Lola" for best script. In 2013 the feature film "Kaddisch for a friend" with Neil in a supporting role was also a winner at the German movie award. In "A most wanted man" he was in a further international production next to Willem Dafoe and Phillip Seymour Hoffman. To his many-sidedness artistic he also have a variety of physical skills. Neil is proficient in multiple disciplines like boxing and Japanese stick fighting ("BO"). As a Stuntfighter he can prove his body control in action sequences in front of the camera. - IMDb Mini Biography By: Neil Mali Abdullah