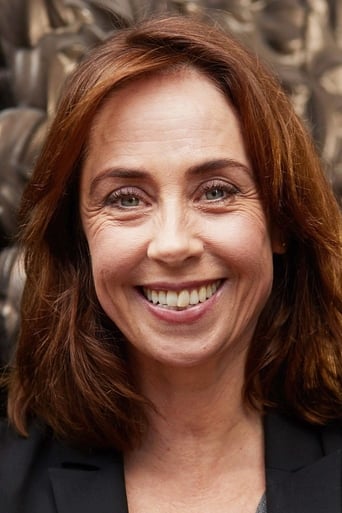 Sofie Gråbøl (Danish pronunciation: [sofiːˀə ˈɡ̊ʁɔb̥øl]; born 30 July 1968) is a Danish actress. She has starred in a series of films, starting with the lead role in the 1986 film version of Tove Ditlevsen's novel Barndommens gade and at 17 playing alongside Max von Sydow in Pelle the Conqueror. On television she has starred in Taxa and Nikolaj og Julie. Gråbøl had become known in Denmark for playing emotional roles, but she achieved international fame as the cool and distant lead character Detective Inspector Sarah Lund in three series of Forbrydelsen (The Killing). Forbrydelsen played on BBC4 with great success, winning a BAFTA award, and bringing Gråbøl celebrity status in the UK. Description above from the Wikipedia article Sofie Gråbøl, licensed under CC-BY-SA, full list of contributors on Wikipedia.