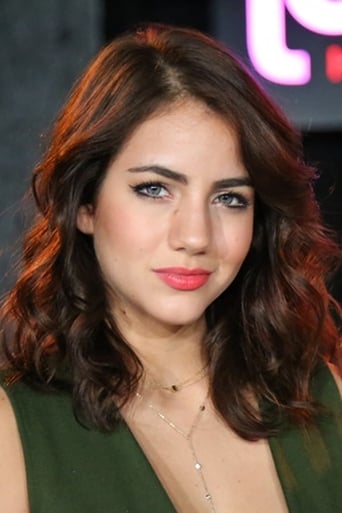 In 2013, Velden debuted as an actress in the Mexican television series, Gossip Girl: Acapulco. Originally, she was cast as "Jenny Parra" and filmed a promotional trailer for the show, but when the role was recast, she later appeared in a recurring role as "Gaby". The show was filmed on location in Acapulco, Mexico from January to May 2013. It premiered exclusively on the subscription channel, Golden Premier, in Mexico on August 5, 2013. The show was canceled after one season. Following the conclusion ofGossip Girl: Acapulco, she filmed an appearance on the teen-oriented telenovela, Niñas Mal 2 for MTV Latin America. She also participated in several episodes of the Mexican television drama series, Como dice el dicho, in the spring and summer of 2014. In May 2014, Velden auditioned to play the younger sister of the main character in producer Pedro Damián's latest telenovela, Muchacha italiana viene a casarse, in Mexico City. The telenovela is based on the popular 1971 Mexican telenovela of the same name. In July of that same year, she was announced as one of the actors in the final considerations for a role in the telenovela.In August, Velden's participation in Muchacha italiana viene a casarse was officially confirmed. This is her debut role in a telenovela. Filming began on August 25, 2014 where she and some of the cast traveled to Maratea, Italy and filmed scenes and promotional material for two weeks. After returning from Italy, filming resumed in Mexico City. Velden learned Italian in preparation for her role. The telenovela airs weekdays on Canal de las Estrellas, following its premiere on October 20, 2014.