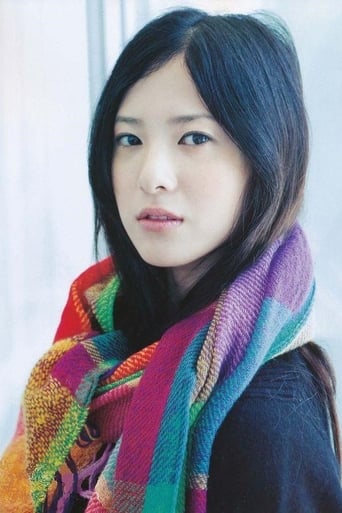 Yuriko Yoshitaka is a Japanese actress who is represented by the Japanese agency Amuse. Yoshitaka made her acting debut in 2006. She was given the lead role in the live-action adaptation of Hitomi Kanehara's award-winning novel "Snakes and Earrings" in 2007. Portraying Lui, a teenager whose life goes into a downward spiral after meeting the forked-tongued and tattooed Ama, the role was Yoshitaka's breakthrough role. The Japanese public began to take notice of her, and in a poll conducted by Oricon, Yoshitaka was the fifth promising young actress of 2009 and 2009's freshest female celebrity. In 2010, Oricon again conducted a poll on the most promising actress and she managed climb up to top the poll. Yoshitaka began to receive more work in 2008 as she appeared in Flow's music video "Arigatō" (ありがとう, "Thanks"), was given her first lead role in the comedy drama Konno-san to Asobo (紺野さんと遊ぼう, Let’s Play with Konno-san) and took up the lead role in the film Yubae Shōjo (夕映え少女, A Girl in the Sunset) before the theatrical release of her other lead film Snakes and Earrings. In 2009, Yoshitaka was given the role of the suicidal Kairi Hayakawa in the romantic-comedy drama Love Shuffle. Later in the year, she portrayed Yūki Matsunaga (松永 由岐, Matsunaga Yūki) in the police drama "Tokyo Dogs" with Shun Oguri and Hiro Mizushima as her co-stars.