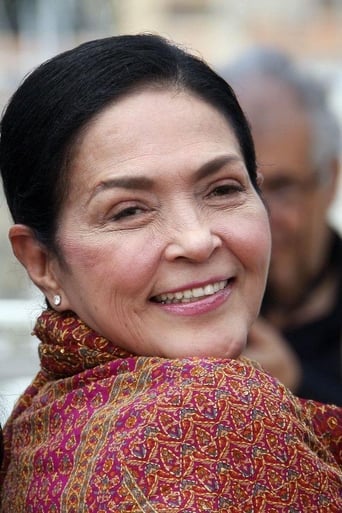 Gina Pareño is a Filipina actress born in Tondo, Manila.  Her career began as an extra in several films throughout the 1960s, before starring in numerous roles with the Philippine film production company Sampaguita Pictures.  In 2006, she gained international recognition for her role in Kubrador (The Bet Collector) wherein she won the Best Actress award at the Osian's Cinefan Festival of Asian and Arab Cinema and at the Brussels International Independent Film Festival. Pareño also won the Metro Manila Film Festival Award for Best Supporting Actress as an outspoken and brash mother in the movie Kasal, Kasali, Kasalo and then later on received accolades for the same film and category in the FAMAS Awards as well as the Film Academy of the Philippines Awards in that same year. Pareño and co-actress Jaclyn Jose were cited in the 61st Cannes Film Festival in 2008 for their performance in Brillante Mendoza's Serbis. The film earned several recognitions including a Best Actress award for Pareño at the 6th Pacific Meridian International Film Festival and an Asian Film Award for Best Supporting Actress.