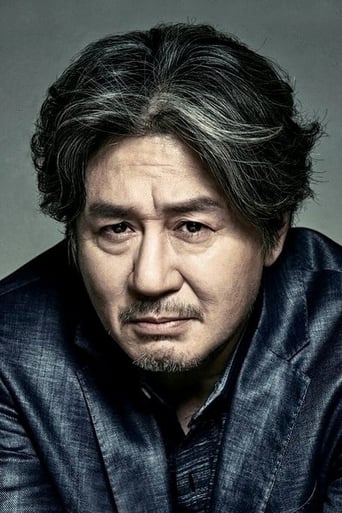 Choi Min-sik (최민식) was born on January 22, 1962 and first achieved fame on the stage and on television. He started appearing in films in 1992 and soon began making his mark in such notable works as Ji-Wun Kim’s The Quiet Family (1998). Commercial success came his way in 1999, when he played a North Korean spy in Kang Je-Gyu’s blistering action film, Shiri, a huge box office smash. In 2002 he received international acclaim by starring in Chihwaseon, a film by Korea’s most revered director, Kwon-Taek Im. As the nineteenth-century painter Seung-Up Jang, Choi created a vivid portrait of a proudly vulgar artist who both upset aristocratic artistic norms and altered the shape of Korean painting. Choi Min-Sik has said that he created the character, OH Dae-su, in Oldboy in a very different manner than Chihwaseon. Choi said he felt a responsibility to bring back to life the painter JANG Seung-Up in Chihwaseon, while in Oldboy OH Dae-su is the absolute product of his imagination. At various points during 2006 Choi (and several other Korean filmmakers, though separately from Choi) demonstrated in Seoul and at the Cannes Film Festival against the Korean decision to reduce the Film Quota from 146 to 73 days. While not successful (the reduced quota stands), the market share of Korean films remains at the top of the box office, with 7 of the top 10 films this year remaining homegrown (the same rate as in 2005).   - From asianmediawiki.com