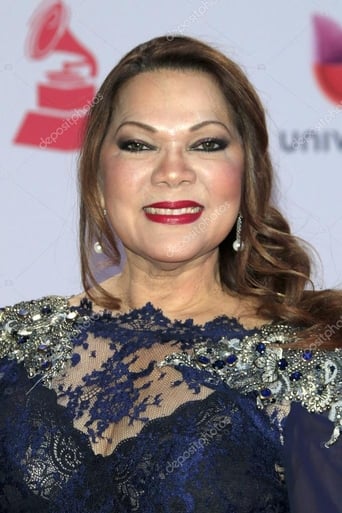 Angela Carrasco was born on January 23, 1952 in Santo Domingo, Dominican Republic. Daughter of Blas Carrasco and singer Angela, which failed to comply with his dream by dealing with your family. When Angela was 7 years old he appeared for the first time in the advertising world singing the theme of a drink, rather sticky issue that was composed by Salvador Sturla always had a quiet life with his family, playing, studying and singing. Having 13 years he started to give guitar lessons at the school of music along with her sisters, was as well as is it was forming and educating musically. Two years later, when he was only 15 years old became host of a television program called "Orbit", but where he stressed most was in another program known as "Cascade of success" contest. After time, earned a scholarship and traveled to Spain. In this European country, he began to work in musical theatre to then become known in United States and in all rich Alan beside important artists. In the 1970s, 1980s and part of the d each of the nineties, the popularity of this singer became Max, his voice accompanied by his charisma and elegance led her to Captivate all audiences. For 1975, the best opportunity surprised her and performed the opera rock "Jesucristo Superstar" with Camilo Sesto. With this work is placed at the top of the most popular in Spain, Central and South-am. rich lists. Angela has always considered the need to give place to his family life and for this reason, after the success obtained in Jesucristo Super Star, in 1976, his first son Elvis was born and launches his song "No, no one more", became staying in a true success and selling many copies. Due to the work carried out with Camilo Sesto, his producer composed le and produces its greatest success and made a tour of several countries in rich Am, appearing in Madison Square Garden in New York, became staying in the moment duo. Because of the friendship between both singers, Camilo Sesto produces success as "Friend of mine", "Count with me", "Mamma" and many more. With these issues both made some more toured to rich Am and then recorded the tremendous success "Quiet". Time after he recorded two albums of Oscar Gomez, "The Lady of the Caribbean", singing "Caribbean" with Willy Chirino and "La Candela" Duet with Celia Cruz. In 1987, Angela decides to live in the United States and with its new home label records "Boca pink" and "Piel Canela", winning the awards Billboard and Lo Nuestro as best tropical singer of the year. Two years moved away from the world of song to return with a new album containing songs from 40, 50 and 60 together with the composer and Mexican singer Juan Gabriel, with whom he also had a deep friendship. Many of his songs continued giving him fame as "I can't complain", "Qui row". "Quererte a ti" and many more. When he lived in Europe it was "Ladies and gentlemen!" co-host along with Valerio Lazarov and shortly after, stood as official hostess, served advising as a springboard to cinema and television.