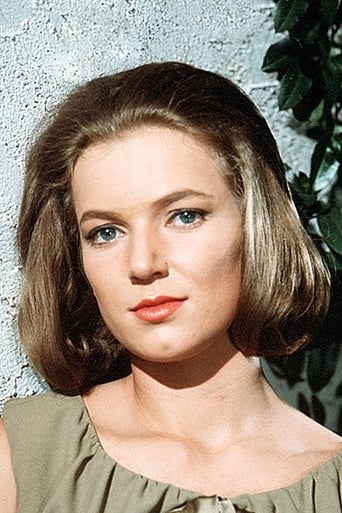 From Wikipedia, the free encyclopedia Suzan Farmer (born 16 June 1942, Kent, England) is an English actress, mainly on television. She first appeared in an episode of the Patrick McGoohan series Danger Man entitled No Marks for Servility and went on to feature in many other ITC series in the 1960s and 70s including UFO, The Saint, Man in a Suitcase and The Persuaders!. She played Sally Carstairs in the BBC's 1964 adaptation of Edmund Crispin's detective novel The Moving Toyshop. Suzan Farmer also had lead roles in several Hammer horror films of the 1960s, including The Devil-Ship Pirates (1963), Dracula, Prince of Darkness (1966), and Rasputin, the Mad Monk (1966). She also appeared in the films Doctor in Clover and Where the Bullets Fly (both 1966). She later appeared in an episode of the Thames Television series Thriller entitled Death in Deep Water and in the BBC sci-fi series Blake's 7 (in the episode entitled Deliverance.) She was married to actor Ian McShane from 1965 to 1968. Description above from the Wikipedia article Suzan Farmer, licensed under CC-BY-SA, full list of contributors on Wikipedia.