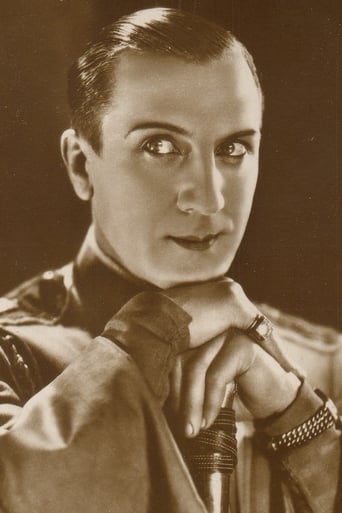 Ivan Ilyich Mozzhukhin, usually billed using the French transliteration Ivan Mosjoukine, was a Russian silent film actor, writer and director. Born in Kondol, in the Saratov Governorate of the Russian Empire (present-day Penza Oblast in Russia), Ivan Mozzhukhin was the youngest of four brothers. His mother Rachel Ivanovna Mozzhukhina (née Lastochkina) was the daughter of a Russian Orthodox priest, while his father Ilya Ivanovich Mozzhukhin came from peasants and served as an estate manager for the noble Obolensky family. While all three elder brothers finished seminary, Ivan was sent to the Penza gymnasium for boys and later studied law at the Moscow State University. In 1910, he left academic life to join a troupe of traveling actors from Kiev, with which he toured for a year, gaining experience and a reputation for dynamic stage presence. Upon returning to Moscow, he launched his screen career with the 1911 adaptation of Tolstoy's The Kreutzer Sonata. Mosjoukine's most lasting contribution to the theoretical concept of film as image is the legacy of his own face in recurring representation of illusory reactions seen in Lev Kuleshov's psychological montage experiment which demonstrated the Kuleshov Effect. In 1918, the first full year of the Russian Revolution, Kuleshov assembled his revolutionary illustration of the application of the principles of film editing out of footage from one of Mosjoukine's Tsarist-era films which had been left behind when he, along with his entire film production company, departed for the relative safety of Crimea in 1917. At the end of 1919, Mosjoukine arrived in Paris and quickly established himself as one of the top stars of the French silent cinema, starring in one successful film after another. Handsome, tall, and possessing a powerful screen presence, he won a considerable following as a mysterious and exotic romantic figure. Mosjoukine's film stardom was assured and during the 1920s, his face with the trademark hypnotic stare appeared on covers of film magazines all over Europe. He wrote the screenplays for most of his starring vehicles and directed two of them, L'Enfant du carnaval (Child of the Carnival), released on 29 August 1921 and Le Brasier ardent (The Blazing Inferno), released on 2 November 1923. The leading lady in both films was the then-"Madame Mosjoukine", Nathalie Lissenko. Brasier, in particular, was highly praised for its innovative and inventive concepts, but ultimately proved too surreal and bizarre to become financially successful. Ivan Mosjoukine died of tuberculosis in a Neuilly-sur-Seine clinic. All available sources give his age as 49 and year of birth as 1889. However, his gravestone at the Russian cemetery in the Parisian suburb of Sainte-Genevieve-des-Bois is inscribed with the year 1887.