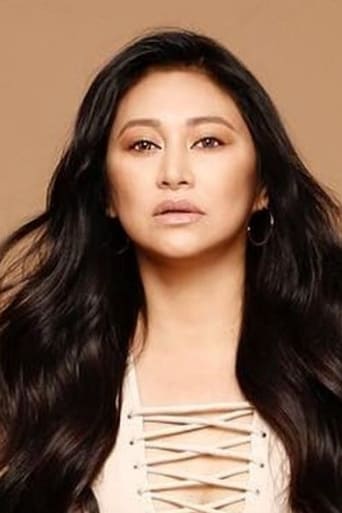 Rufa Mae Quinto (often misspelled Ruffa Mae Quinto) (born May 28, 1978) is an actress, comedienne, and television host of tri Filipino, Mexican and American citizenship. Quinto has won four PMPC Star Awards and is one of the most bankable stars in the industry with top grosser films like Apat-Dapat, Dapat-Apat, Pasukob, Desperadas, Manay Po 2, I.T.A.L.Y. & Desperadas 2. Quinto is known for her funny expressions such as "Ok, fine", "`Todo Na 'To!", "Pasensiya Na", "Para sa Bayan", "Move on", "GO GO GO!!!" and "To the highest level!!". Although Quinto is a talent of GMA Network, she is one of the few actresses managed by Boy Abunda, a personality from the rival TV station ABS-CBN. Quinto started her showbiz career after landing a spot in That's Entertainment (1996). Her biggest break was Gloria, Gloria Labandera (1997). Quinto is widely known for playing the character "Booba" and "Boobita Rose" in both hit movies, a role for which Quinto inspired an international catchphrase in the Philippine vernacular to refer to a lack of English fluency as having a "nose bleed".