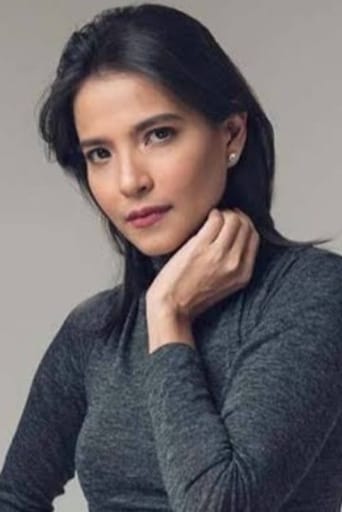 Alessandra Tiotangco Schiavone, better known by her stage name Alessandra De Rossi or Alex de Rossi (born on July 19, 1984 in England, United Kingdom), is an Italian-Filipina actress. She is the younger sister of actress Assunta De Rossi. At the age of 16, De Rossi won the FAMAS Awards Best Supporting Actress for her role in Azucena. She starred in Mga Munting Tinig (Small Voices) and Homecoming, where she portrayed a Canadian-based domestic worker who visited her home in a rural town in the Philippines, bringing with her the deadly disease SARS which she spreads among the residents. De Rossi won the part of Valentina, the villainess of the comic turned fantaserye (fantasy TV series), Darna, which aired on GMA network in 2005. She starred in the Singapore-based horror film The Maid where she played the lead role of Rosa, a housemaid in Singapore. She moved back to ABS-CBN for a special role in I Love Betty La Fea. She was later cast in Tayong Dalawa, where she played Greta, She is a resident talent scout in Talentadong Pinoy on TV5. She works as endorser for lingerie of Soda Company. She previously appeared in the fantaserye Agua Bendita as Divina. and now she is back at home network GMA. and she join the cast of sentensyada at gma dramarama.