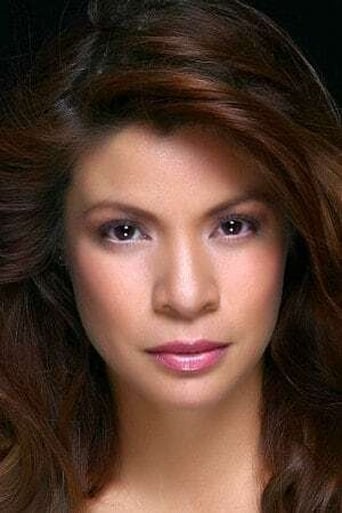 Pinky Amador (born Pilar Cristina Roxas Amador) is an award-winning Filipina actress, singer, commercial model and TV host. Amador was in the original London cast of the Cameron Mackintosh musical hit Miss Saigon. She is seen mostly on GMA Network. Amador is the niece of the late Zeneida Amador, the founder of Repertory Philippines. She is the youngest of three children from a Filipino family of Spanish descent. She is 5'3" tall and has dark brown hair and eyes. Acting Amador graduated from Bristol Old Vic Theatre School with a Master’s Degree in Acting, where she was awarded with two British Council scholarships due to excellence. She was a student of Mary Hammond. Amador came on to the theatrical stage via the lead roles in plays I Ought to Be in Pictures, Agnes of God and The Foreigner for which she has won Aliw Awards for Best Stage Actress. She then ventured into television and film and was cast in the original production of Miss Saigon in London. Since then, she has performed on tour in the UK, and continued her television and film career both in the UK and the Philippines, with over 70 plays and musicals to her credit, over 300 television appearances, and 60 films to date. Mostly known for her antagonist role in television and films, Amador finds it refreshing to once more play the other side of the spectrum in her current TV series. She was recently part of the TV remake Kaya Kong Abutin Ang Langit starring Angelika dela Cruz and Iza Calzado. She finished filming You To Me Are Everything for GMA Films/Viva Films and is currently guesting in Magkaribal for ABS-CBN, and has just returned to essay her character Molly Corpuz in Momay, shown daily on ABS-CBN. She also appears as Baroness Elsa Schraeder in Resorts World Manila's production of The Sound of Music.