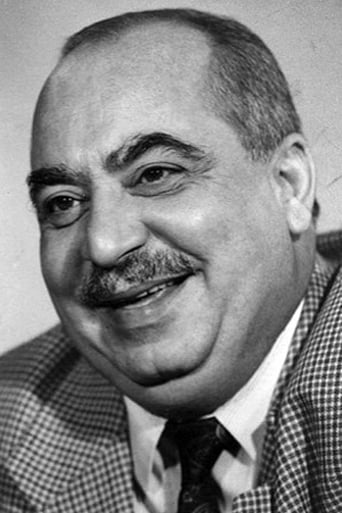 Yashar Nuri (Azerbaijani: Yaşar Nuri) was an Azerbaijani film, television and theater actor and a member of the Azerbaijan State Academic Drama Theatre. He appeared in more than fifty Azeri and Soviet era films, as well as more than 100 television and stage roles. On the stage first came out at the age of 11, playing the role of Tapdyga in the play "Whose wedding is this?" At the Azerbaijan State Theater of Musical Comedy. While studying at school, he was a leading child and youth programmer, participated in drama circles. In 1968 he graduated from secondary school No. 173 in Baku and entered the faculty of film acting of the Azerbaijan State Institute of Arts for the course of famous teachers Rza Tahmasib and Aliheydar Alakbarov. During his studies he played roles in several productions, including "Sevil" (Balash), "Wedding" (Salmanov), "Guilty Without Guilt" (Neznamov), etc. In 1972, after graduating from the institute, he served in the army for a year and, having returned, worked as an actor in the educational theater of the Institute. In 1974, at the invitation of the chief director of the Academic National Drama Theater, he was accepted into the acting company of the collective. From the very first days of work he took part in many theater productions. In 1975, the actor married Rakhime khanum, his wife was a doctor. From marriage has two daughters (Ulkar, Ulviyya). He was also known as a movie actor. Nuri starred in about 50 feature films and more than 100 television productions. Many of the television dramas in which he starred in the main role, entered the gold fund of Azerbaijani television. Among them, "When Roads Meet", "Life Paths", "Houses Along", "The Disturbed Piano", "In the train" and others. The actor has played memorable roles in the well-known films"The Kidnapping of Fiance", "Bastard", "Check", "The Road Story". In addition to the theater, Yashar Nuri collaborated with radio. He was a participant in many humorous radio programs ("Good Morning", "Evening of Laughter"). In the film studio "Azerbaijanfilm" he voiced many local films and dubbed foreign films. Y. Nuri was also the director of a number of films and performances. He was the director of the movie "Thank you" (Спасибо). Y. Nuri's jubilees are always held solemnly. In 1981, in the 30-year anniversary of Y. Nuri, he was awarded the title of People's Artist of the Azerbaijan SSR for the first time. In 1991, for his role in the film "Bastard" received a state award. In 1996, for the 45th birthday of the actor, in 2001, for the 50th anniversary, feature films "Yashar of Our Scene" ("Səhnəmizin Yaşarı"), "Yashar is whom he is" (Yaşar olduğu kimi) were made. In 2011, the 60th anniversary of Yashar Nuri was solemnly celebrated at the Azerbaijan State Academic National Drama Theater. In 1989, he was named a People's Artist of Azerbaijan, as the country was part of the Soviet Union at the time, and awarded the Shohrat Order. Yashar Nuri passed away on the morning of November 22, 2012 in Baku.