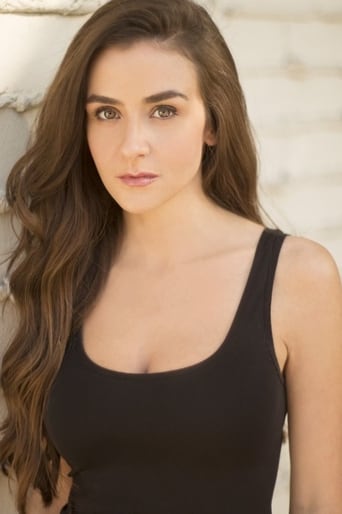 Rebecca Fraiser was born and raised in Jackson, Mississippi. She began acting as a young child in local community theatre and was a natural performer. She decided at a very young age she was suited for a life in show biz and in due course she packed her bags and headed to Hollywood. Shortly after moving to Los Angeles she began acting studies under notorious acting teacher, Arthur Mendoza who told her she would perhaps be better suited as a singer after hearing her voice. However, she continued to stay focused on the craft of acting studying at many notable schools in Los Angeles. She received her first break from Director, Sophia Coppola in the film titled, Somewhere. In 2013 while attending school at Playhouse West in Los Angeles, she was given the opportunity to audition for a pilot produced by alumnae, James Franco's production company. She booked and filmed the pilot titled, Acting Class, a comedy about struggling actors in Hollywood. In 2015, she was chosen to be showcased as an "Up and Rising Star" in the Cannes Film Festival. She made her television debut in 2015 on HBO's Project Green light in a top ten finalist film. Rebecca stars in the film, Drifter, a post apocalyptic film directed by Chris von Hoffmann in theatres on February 24, 2017. She recently completed a television pilot in the fall of 2016 and is slated to star in two feature films shooting between 2017 and 2018.