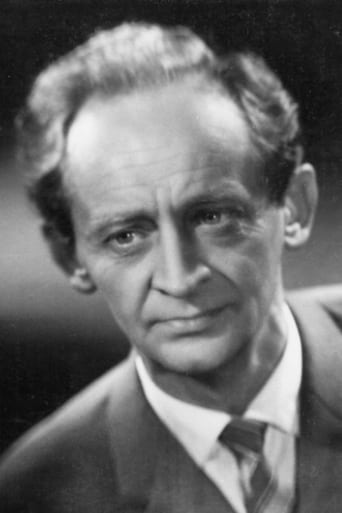 From Wikipedia, the free encyclopedia Jüri Järvet (18 June 1919 – 5 July 1995) was an Estonian actor. His name sometimes appears as Yuri Yevgenyevich Yarvet, an incorrect back-transliteration from the Russian transliteration Юри Евгеньевич Ярвет. His birthname was Georgi Kuznetsov, and he took the Estonian form in 1938. Järvet is best known in the West for the role of Dr. Snaut in Andrei Tarkovsky's Solaris, but he played in numerous other films both in Russian and his native Estonian. He was awarded the title of People's Artist of the USSR in 1975, and the USSR State Prize in 1981. Järvet played the title role in a powerful version of King Lear (1971) filmed on bleak landscapes in his native Estonia by Russian director Grigori Kozintsev and released in 1970. Kozintsev shared the screenwriting credit with Boris Pasternak; the score was by Dmitri Shostakovich. His son Jüri Järvet Jr. has also acted in several movies, including All My Lenins and Khrustalyov, My Car!. Description above from the Wikipedia article Jüri Järvet, licensed under CC-BY-SA, full list of contributors on Wikipedia.