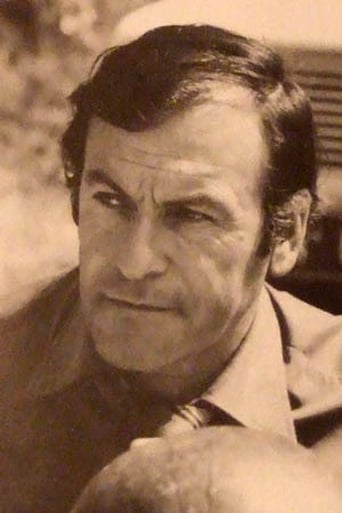 Georgi Georgiev-Getz (Georgi Ivanov Georgiev) was born in the village Razpopovtsi, today the town of Elena, Bulgaria. He graduated in "acting" in the class of Professor Filip Filipov at National Academy for Theatre and Film Art, Sofia, Bulgaria (1949-1953). He has made a theatrical specialization in Moscow (1955-1956). He was a construction worker and contributor to newspapers. In 1953-91, he was at the National Theater in Sofia. He was a board member of Union of Bulgarian Filmmakers. He created bright images drawn from classical and contemporary Bulgarian dramaturgy. Part of his movies are "We Were Young", "Eighth", "A Peasant on a Bicycle", "Matriarchy", "Father". One of his best and well-known film roles is the role of Jordan in "A Peasant on a Bicycle." For this role he was awarded at the Varna and Moscow International Film Festivals. Nickname "Getz" was acquired by his colleague Dimitar Bochev (so called men named Georgi). After he retired, he continued to play with traveling theaters. He obtained stroke during a performance in Stara Zagora Drama Theater. He was rushed to a local hospital. His condition was deteriorating. After three days they operated him in Sofia, but it was too late and Getz died without regaining consciousness. He died on September 2, 1996 in Sofia, Bulgaria.