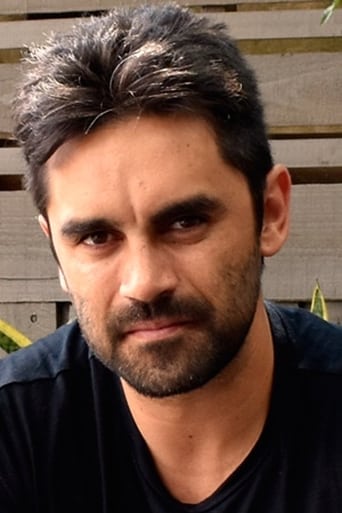 Gonzalo Heredia was born on March 12, 1982 in Munro, Vicente López, Buenos Aires, Argentina. He is an actor, known for Valientes (2009), Lobo (2012) and Felicitas (2009). Between 1996 and 1997 he studied at the "Complejo Cultural Comunicanto" in Vicente López: Vocal Technique, technique and dramatic art movement with Alberto D'Ana and Carmen D'Ana. In 1997 and 1998 his theater teachers were Moscardini Mauro , Javier Correa Rubens Margulis and the "theater group La shack". In 2000 he made ​​his first ad for "Mortgage Credit". A year later he worked as a driver for the cable program "Road to ..." the designer Lilian Coone. In 2000 he participated again in an advertisement, this time for Coca Cola . His big break came in 2001 when he auditioned for the soap opera "Falling in love" on Telefe; there Gonzalo played the character of Maxi and gained popularity in the entertainment world. Together they made ​​Matias Fiszson the short film "The flavor of the meeting." A month after the end of the novel, Heredia entered the house of "Reality Reality" the first reality show with actors from Argentina where he also gained notoriety. In early 2002, the same producer of reality, Enrique Estevanez summons for the sitcom "Husbands home" where Gonzalo portrayed Chango. Simultaneously in early 2002, Diego Shaalo summons to co-star movie "Retirement Day".