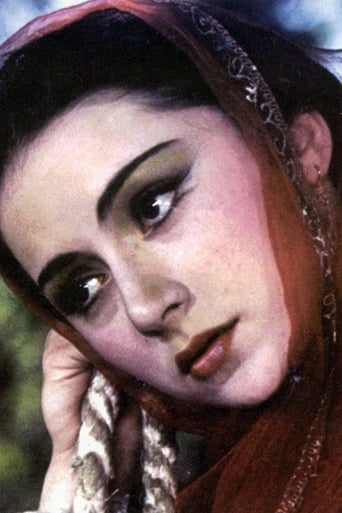 Leyla Farrukh gizi Shikhlinskaya (Azerbaijani: Leyla Fәrrux qızı Şıxlinskaya) is an Azerbaijani and Soviet actress, choreographer-teacher and professor. She earned a doctorate in art history, was awarded People's Artist of Azerbaijan, was a member of the Union of Cinematographers of the USSR and founder of the Leyla Shikhlinskaya private clinic in Baku. She starred in such films as The Cloth Peddler (1965, Gulchohra), The Day has Past (1971, Asmar) and Dede Gorgud (1975, Banu-Chichek). She authored more than 100 scientific articles. Shikhlinskaya debuted in the role of Gulchohra in The Cloth Peddler, based on the eponymous operetta of Uzeir Hajibeyov. During this period she studied at the school and was engaged in ballet. Shikhlinskaya taught three disciplines at the Bolshoi Theater school. From 1990 to 1992 she was the choreographer of the Diaghilev ballet company. In 1992 Shikhlinskaya became the artistic director of the experimental ballet creative center Sheila, organized by her in Moscow. In 1987, she received her Candidate of Arts. In 1993, Shikhlinskaya was awarded the title of Honored Artist of Azerbaijan.