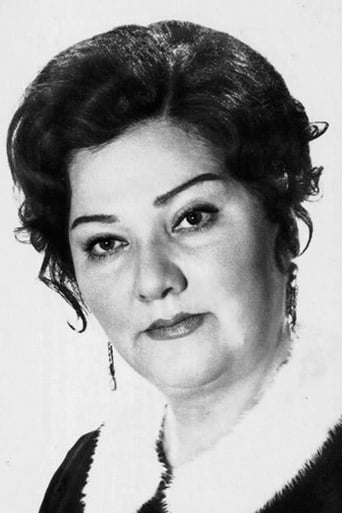 Najiba Hashim bey qizi Malikova (azerb. Nəcibə Məlikova) was Azerbaijani Soviet actress, People's Artist of the Azerbaijan SSR. She was born on October 25, 1921 in Buzovna settlement of Baku. Despite the fact that N.Melikova is more known as a film actress, her work is inextricably linked with the theater. She received primary education in the village. From 1940 to 1943 she studied at the Baku Theater School in the class of Azerbaijan People's Artist Fatma Kadri. After graduating from school, she started to work at Ganja State Drama Theater. Soon after returning to Baku, she entered the Theater Institute, graduated in 1951. Since 1952 she has appeared in episodic roles in the National Drama Theater, but her stage activities began much earlier - in 1938. Najiba Malikova most of all received roles in dramas of her contemporaries. No less popular are the comedic roles of the great actress. June 10, 1959 N. Malikova received the title of "Honored Artist" of the Republic of Azerbaijan, and already June 1, 1974 became the "People's Artist" of the Republic of Azerbaijan. The great actress died on July 27, 1992. She was buried in the alley of honorable burial in Baku.