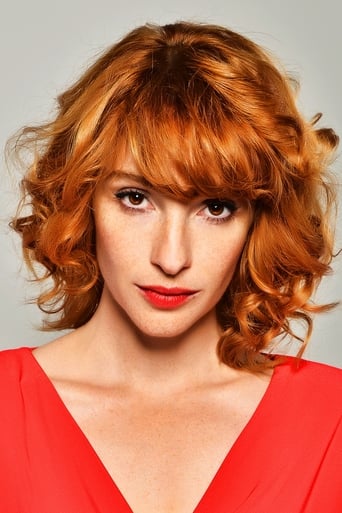 Éva "Vica" Kerekes is a Slovakian actress. She is active in Slovakia, the Czech Republic, and Hungary. She is often referred and credited as Vica Kerekésová, Vica Kerekešová, and Kerekes Vica. Vica Kerekes was born to an ethnic Hungarian mother and a father of Hungarian and Slovak descent. After studying at the Academy of Performing Arts in Bratislava, she moved to Budapest in 2001 where she met her eventual husband, artist Csaba Vigh. She made her cinematic debut in 2004 with the Slovak film Konečná stanica. To the international audience, Kerekes is foremost known for the 2011 film Men in Hope. Description above from the Wikipedia article Vica Kerekes, licensed under CC-BY-SA, full list of contributors on Wikipedia.​