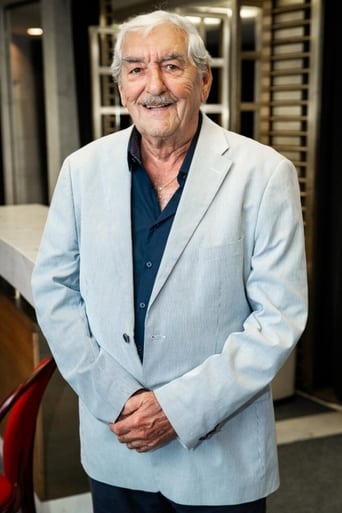 He studied acting at the Academy of Performing Arts in Bratislava. He began his acting career at the Army Theater in Martin. From 1959 he was a member of the SND Drama. He has presented his acting skills in more than forty films. His domain was robust, psychologically-realistic characters. He also created genre-diverse characters in the classical repertoire. He got his first big film role in 1962 in the film Boxer and Death. On the radio, he created a number of character, heroic and romantic characters in plays by domestic and foreign authors. From 1984 he worked as a teacher at the Academy of Performing Arts. After 1989, he was a member of parliament for two terms (until 1994), first for the CIS and later for the DU. He also served as Vice-Chairman of the SNR Committee on Education, Science, Culture and Sport. In 2004, President Ivan Gašparovič lent him the state award of the Council of Ľudovít Štúr II. classes. In 2010, he was inducted into the Hall of Fame at the 2009 TV Screen Personality Awards.