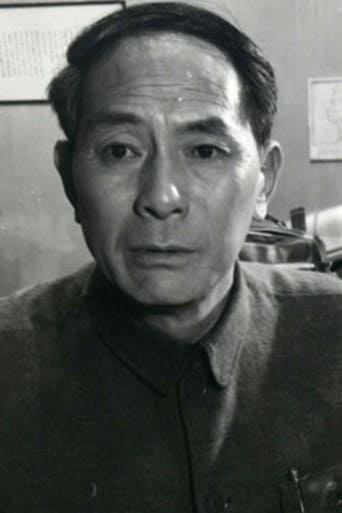 Lin Lan 林岚 (September 1922 - 2000) was originally named Lin Dao-Chuan 林道传 and was born in Guangfeng County, Jiangxi Province. He studied at a private school when he was young, and in 1938 he graduated from Shanjiang Middle School in Guangfeng County. In 1939, he joined the anti-Japanese propaganda team in Shangrao area. In 1940, he was transferred to the third unit of the anti-enemy drama team. After the Southern Anhui Incident in 1941, he went to Shaoguan, Guangdong to join the seventh unit of the anti-enemy drama team. In 1947, he entered the South China guerrilla area and joined the Guangdong, Jiangxi and Hunan column of the People's Liberation Army. Served as the person-in-charge and editor-in-chief of "People's Daily" and "Beihui Daily". In 1951, he served as the head of the Beijiang Cultural Works Troupe in Shaoguan, Guangdong. In 1953, he served as a member of the Art Committee of the Guangdong Repertory Troupe. During the period, he played Jue Xin and Jue Hui in the drama "Home", Dirua in "Scattering the Storm", Biao Mu in "Julius Voček", and Hou Chaozong in "Peach Blossom Fan", Shi Yang in "Red Storm", Boris in "Big Thunderstorm", Liang Shangjun in "Same Ups and Downs", etc. In 1956, he played Chen Yiping in "Ordinary Creation" and won the third prize of the first national drama observation performance.    In 1959, Zhujiang Film Studio was adjusted. Played roles in the film "South China Sea Tide" (underground party member old horse, after the film adjustment is final), Li Minggang in "Tracking and Pursuit", Xue Jianbai in "Big Waves Washing the Sand", and acting in the films "Big Waves Washing the Sand" and "New Songs in Mountain Village" (drama films) )Deputy director. Since 1966, he has served as director, directing the opera film "Sending Food". In 1976, he co-directed the film "Maple Bay". In 1980, the independent director's feature film "People Dealing with the Devil" won the Excellent Film Award from the Ministry of Culture that year. After filming "Dr. Toad" in the mid-1980s, he was sent to Hong Kong by the Guangdong Film Association and began to systematically collect foreign stories about various genres. As a "cultural ambassador" with a "special mission", Lin Lan "stayed" there for a long time, making friends with the Hong Kong film and cultural circles, and has collected more than 1,000 overseas feature film videos and discs.