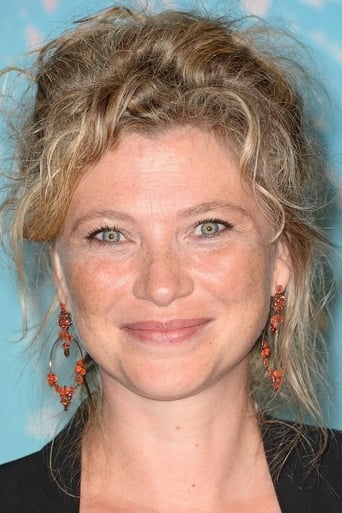 Cécile Bois (born 26 December 1971) is a French actress originally from Lormont, Gironde. While at school, Bois joined an amateur theatre troupe. The following year, she entered the Conservatoire de Bordeaux which she subsequently left to join another theatre group named "Le théâtre en vrac". At age 19, Bois moved to Paris and began training at l'École de la rue Blanche. At this time, she met her future agent Chafika. She worked as a stage actor, on films such as Germinal and on television programmes such as Navarro. She auditioned for the role of Angélique in Robert Hossein's 1995 play, based on the novels by Anne Golon, and subsequently performed 130 times at the Palais des Sports. Bois starred in films such as Dakan, Ça n'empêche pas les sentiments, Lucky Punch, le montreur de boxe, and Le roi danse, but she has played greater roles on television. She starred as the female lead in Agathe contre Agathe in 2007; in 2010, she acted alongside Bruno Wolkowitch and Florence Pernel in the television film Le Désamour, which was directed by Daniel Janneau for France 3. Since 2013, she has played the title role in the France 2 series Candice Renoir. For several years, Bois has been in a relationship with fellow actor Jean-Pierre Michaël, with whom she has two daughters. The couple married in 2016. Source: Article "Cécile Bois" from Wikipedia in english, licensed under CC-BY-SA 3.0.