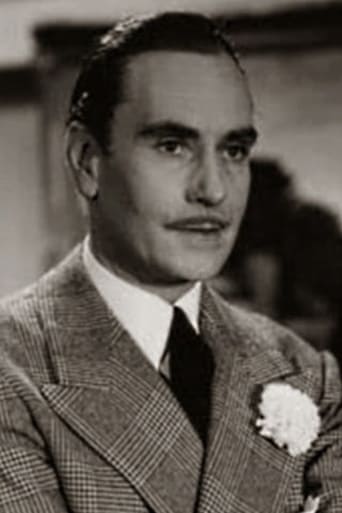 Francisco Donadío, whose full name was Francisco Pablo Donadío, was an actor and film director who was born in Buenos Aires, Argentina in 1888 and died in the same city in 1968. After having initiated in the theater in his country, Donadío traveled to Italy, where he acted along with Eleonora Duse and Ermete Zacconi and took part in some silent film productions such as The Last Days of Pompeii and Quo Vadis. Upon returning to Argentina in the 1920s, he was part of the theater companies led by Mecha Ortiz and Luisa Vehil. He debuted at the local cinema in 1925 directing the film without sound El caballero de la rambla; already in the stage of the sonorous one directed Poncho white (1936) and it intervened in diverse films, generally in supporting papers. He died in Buenos Aires in 1968. From Wikipedia, the free encyclopedia