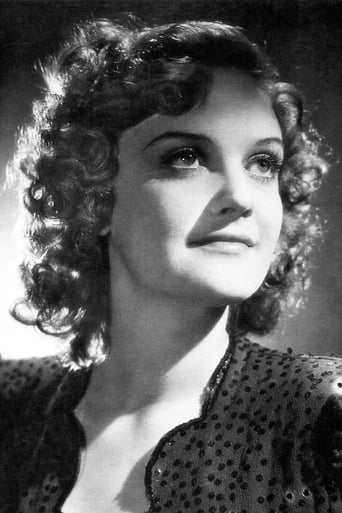 Klári Tolnay (17 July 1914 – 27 October 1998) was a Hungarian actress. Klári Tolnay (born Rózsi Tolnay) was born on 17 July 1914 in Budapest, as the daughter of István Tolnay and Eleonóra Siess. She spent her childhood in the small village of Mohora, Nógrád county, on the estate of her father. Finishing elementary school there, she continued secondary school studies in Balassagyarmat, two years at the school operated by Institutum Beatae Mariae Virginis in Nyíregyháza, finishing high school in Debrecen's School of Business. Singing and playing music since childhood, she followed the advice of newspaper editor János Bókay, and auditioned herself to prominent actors of the time, Gábor Rajnai, Jenő Heltai, and Sándor Hevesi. After these early attempts were not followed by desired results, she was mentored by Béla Gaál, thus starting her career as a film actress at the Hunnia Film Studio. Her first notable role was in Meseautó, after which she was hired by the Vígszínház theatre in 1934, to perform smaller roles. In 1936 she married Ákos Ráthonyi, a director, giving birth to daughter Zsuzsanna 4 years later. After World War II ended in 1945, Ákos Ráthonyi left Hungary, with their daughter following after the 1956 revolution. Leaving the Vígszínház for the Művész Theatre in 1946-7, she met Iván Darvas, whom she later married (but divorced in 1958). In 1947, together with Gyula Benkő and István Somló, she was appointed as the co-manager of the Vígszínház theatre, where she was a major participant in restoring the institution to its pre-war glory. After the theatre was disbanded by the government in 1950, she joined the Madách Theatre, where she worked until her death on 27 October 1998. Description above from the Wikipedia article Klári Tolnay, licensed under CC-BY-SA, full list of contributors on Wikipedia.