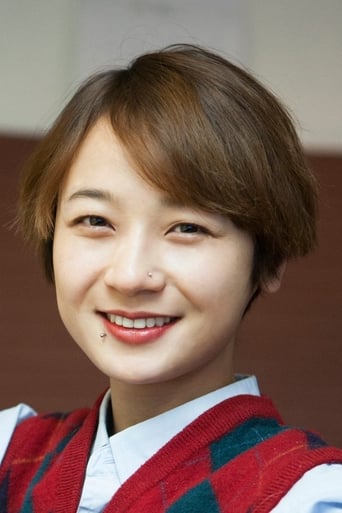 She has positive energy that allows her to smile her way out of any troubles in the world. She made her name as an actress starring as a daughter of an womanizing editor in Jealousy ls My Middle Name. Rather than being a shining star, KIM has developed her acting career by winning awards for her roles in independent movies. She broadened her acting spectrum by portraying young Jung-hye in This Charming Girl, a razor-wielding high school girl in The City of Violence, a young girl named Sodan in Midnight Ballad for Ghost Theater, whose fresh smile brightened up gloomy ghosts in a run-down theater. KIM showed off her acting potential in Breathless directed by YANG Ik-june. The movie has received Rotterdam Tiger Award, the best film awards, best actor and actress awards from international film festivals. She portrayed a girl who warmed up to a creepy violent thug with deep inner suffering. She played a lesbian girl Ashamed selected to the Panorama section in Berlin Film Festival 2011. She starred as a girl who met a new world during her travel with a Japanese woman in Magic & Loss directed by a Malaysian director LIM Kahwai. KIM next appeared in the indies The Sunshine Boys and the well-regarded Pluto, which both debuted at the Busan International Film Festival in 2012. KIM returned to Japan for a trio of films in 2013/14, A Pale Woman, It’s a Beautiful Day and A Record of Sweet Murder. In 2014, KIM also appeared in a supporting role in the period action film Kundo: Age of the Rampant and was also the lead in the indie film The Liar, which debuted at the Busan International Film Festival.