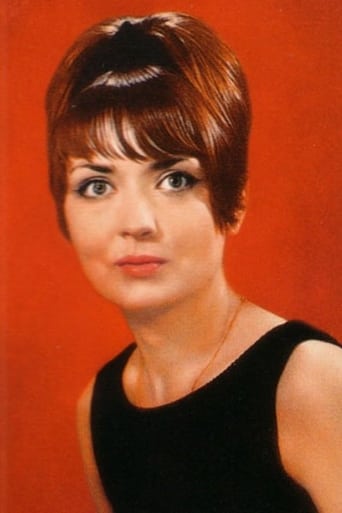 Zhanna Bolotova is a Soviet film actress who was popular in the 1970s and the early 1980s. In 1977 she became a USSR State Prize laureate and was designated as a People's Artist of Russia in 1985 She debuted on screen while still at school, in The House That I Live In by Lev Kulidzhanov and Yakov Segel. In 1964 she graduated the Gerasimov Institute of Cinematography where she studied in the class of Sergei Gerasimov and Tatyana Makarova, to join the Cinema Actor Studio Theatre. In 1969 she received her first international award, for The Best Female Role, at the Varna Red Cross film festival, for 24-24 Does Not Return. The Silence of Dr. Evens (1974) earned her another award in the same category, at the Triest Film Festival.