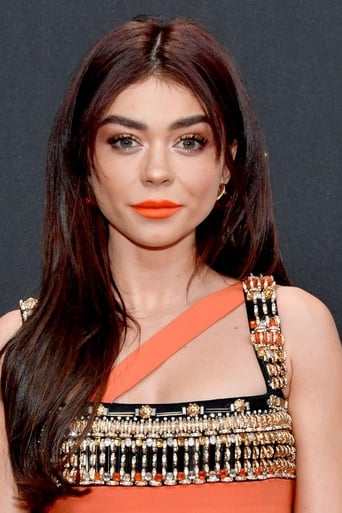 Sarah Jane Hyland (born November 24, 1990) is an American actress. Born in Manhattan, she attended the Professional Performing Arts School, then had small roles in the films Private Parts (1997), Annie (1999), and Blind Date (2007). She is best known for playing Haley Dunphy in the ABC sitcom Modern Family, for which she received critical acclaim and numerous accolades and nominations, including four Screen Actors Guild Award for Outstanding Performance by an Ensemble in a Comedy Series, which she shared with her cast members; and a Critics' Choice Television Award nomination Best Supporting Actress in a Comedy Series. Hyland is also known for her roles in the films Geek Charming (2011), Struck by Lightning (2012), Scary Movie 5 (2013), Vampire Academy (2014), See You in Valhalla (2015), XOXO (2016), Dirty Dancing (2017) and The Wedding Year (2019). Description above from the Wikipedia article Sarah Hyland, licensed under CC-BY-SA, full list of contributors on Wikipedia.