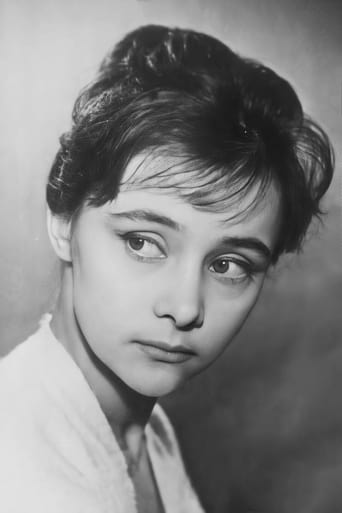 Lyudmila Marchenko is a Soviet theatre and film actress. At the age of 18, she made her debut in the film “The Volunteers”, and at 19 she was approved for the role of Nastenka in the film “White Nights”, directed by Ivan Pyryev. Lev Kulidzhanov invited her to the title role in the film "A Home for Tanya" in 1959, the film was a huge success and was nominated for the Palme d'Or at the Cannes Film Festival. Due to her immediacy and simplicity of the acting style, she skillfully embodied a rare acting role for those years — a lyrical heroine. From 1959 to 1979 she appears in 15 films, including “Until Next Spring”, “My Younger Brother”, “No Fear, No Blame”, “The Cook”, “The Scouts”.