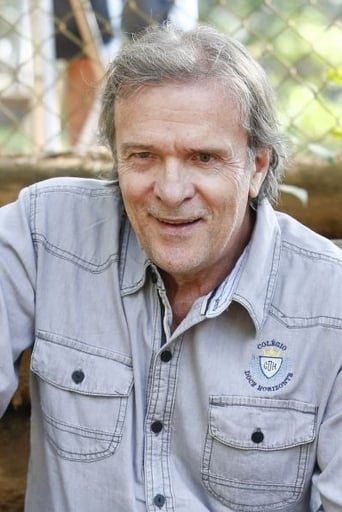 Camilo Bevilacqua (Gaurama, September 11, 1949) is a Brazilian actor and director. He began his career in 1968 in Porto Alegre, with the piece Pique Nique no Front, by Fernando Arrabal. Because of the repression of the lead years, he entered the School of Theater of the Federal University of Rio Grande do Sul (UFRGS), in the course of dramatic art, in 1970. In college he made important pieces, such as A Lição, by Ionesco, Vestido de Bride, by Nelson Rodrigues and Hamlet, by William Shakespeare. In 1973 he won the MUTEPLA prize with the monologue The Malicious Effects of Smoking, by Anton Tchecov. In 1975 he was chosen to play the title role of Mockinpot, by Peter Weiss, work with which he traveled throughout Brazil, when he settled in Rio de Janeiro, where he lives to this day. He has participated in 45 plays. On television, he has made miniseries and soap operas at Rede Globo. His last work on television was the character Jorge in Malhação. From Wikipedia, the free encyclopedia