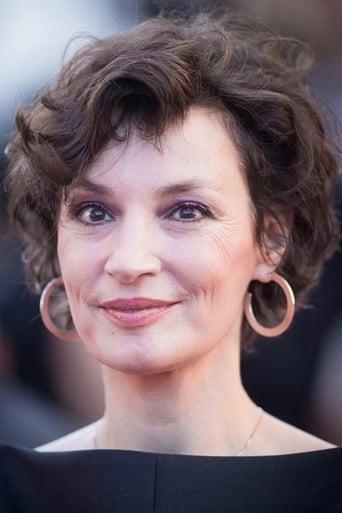 From Wikipedia, the free encyclopedia Jeanne Balibar (born 13 April 1968) is a French actress and singer. She was born in Paris. She began her acting career on the stage, in "Don Juan" at the Festival d'Avignon. Her first film role was in Arnaud Desplechin's 1992 film The Sentinel. She continues to perform in both spheres. Recently she starred in Ne Change Rien (2009) directed by Pedro Costa. Among other films, she participated in All the Fine Promises (2003) directed by Jean-Paul Civeyrac with Bulle Ogier and Valérie Crunchant, Saltimbank (2003) directed by Jean-Claude Biette with Jean-Marc Barr, Clean (2004) directed by Olivier Assayas with Maggie Cheung and Nick Nolte. She is the daughter of Étienne Balibar, French Marxist philosopher and physicist Françoise Balibar. She lists Rose Murphy, Régine Crespin, Frank Sinatra, Rosa Ponselle and Chet Baker as singers whose work she appreciates and Béatrice Dalle, Carole Lombard, Louise Brooks, Glenn Close and Juliet Berto as actresses. Description above from the Wikipedia article Jeanne Balibar, licensed under CC-BY-SA, full list of contributors on Wikipedia.