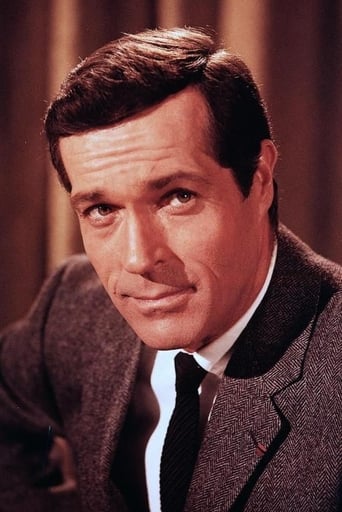 Frederick Stafford (11 March 1928 – 28 July 1979) was a Czechoslovak-born actor. Born Friedrich Strobel von Stein, he spoke fluent Czech, German, English, French and Italian, and was a leading man in European spy-movies. In 1964 French director André Hunebelle discovered him on holiday at a hotel in Bangkok and asked him "How would you like to make movies with me?". Stafford replied "Why not?" and replaced Kerwin Matthews to play an agent code-named OSS 117 in two Bond-like-adventures. The first co-starring with Mylène Demongeot, in the second with Marina Vlady. He also appeared in war-films (The Battle of El Alamein) and in Michel Boisronds thriller Million Dollar Man alongside Anny Duperey. These movies got him the attention of the Master of Suspense: Alfred Hitchcock who signed him in 1968 to play the leading role as agent André Devereaux in Topaz (1969), but the film was not a success, and the casting of Stafford, whose performance was found lacking by critics, was largely blamed for its failure. Channel4 told: Heading the international cast is a very wooden Stafford, who is no Cary Grant. He married German actress Marianne Hold. He had a come-back in 1972 as Commissario Luca Micelli in Italian Giallo Shadows Unseen. Five years after Topaz he starred as detective Sandro Mattei beside the actress who played his daughter in Topaz, French actress Claude Jade, in the Italian thriller La ragazza di Via Condotti (Meurtres à Rome/Special Killers) (1973/74). In that movie the character of 20 years older Stafford has a brief platonic romance with Jade's character Tiffany. His last successes were the Spanish Movies Blood and Passion(1975) and White Horses of Summer (1975, starring Jean Seberg, his co-star from 1966 Estouffade à la Caraïbe), the Italian thriller Werewolf Man (1976) and the Spanish- Italian-French coproduction Hold-Up (1977). He died in 1979 in a plane crash. His son is the singer Roderick Stafford (born 1964), Flowers from Hitchcock. Description above from the Wikipedia article Frederick Stafford, licensed under CC-BY-SA, full list of contributors on Wikipedia.