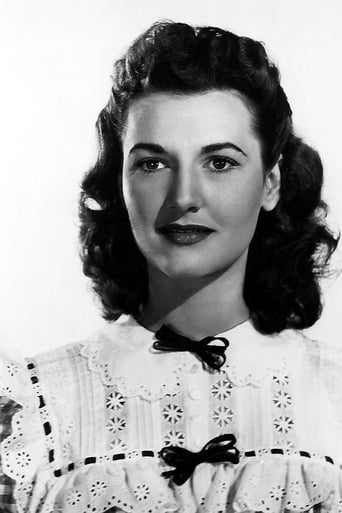 From Wikipedia, the free encyclopedia. Peggy Stewart (born Margaret O'Rourke; June 5, 1923 - May 29, 2019) was an American film actress who starred mostly in B-movies during the 1930s and 1940s. Her sister, Patricia O'Rourke, was an Olympic swimmer, and was married to World War II hero and well known B-movie actor Wayne Morris. Stewart's career began when she was cast in the 1937 film Wells Fargo, alongside Joel McCrea. By the early 1940s she was on contract with Republic Pictures, starring regularly with Allan Lane, Sunset Carson, and Wild Bill Elliott. During that time she played in several episodes of Adventures of Red Ryder. She usually played the part of the tough heroine, rather than a passive girl needing to be saved. Along that time she married western actor Don Barry. From 1944 to 1951 she starred in thirty-five films, most of which were serials and westerns. She also starred with Gene Autry several times during that period as well as appearing on several episodes of The Cisco Kid including "Oil Land" which first aired on 10-10-1950. In 1949, she played alongside Jim Bannon in Ride, Ryder, Ride. She again played the part of heroine to Bannon in 1950, starring in The Fighting Redhead. In 1952 she starred with Bill Elliott in Kansas Territory. Her career slowed in the 1960s, and by the 1970s she was residing in Studio City, California. Stewart won the Golden Boot Awards in 1984. Semi-retired, Stewart still continued to act on occasion, and played a bit role on one episode of Seinfeld in 1990 titled "The Implant". In that episode she played the part of the aunt to George Costanza's temporary girlfriend. More recently she has played Pam Beesly's "old-fashioned" grandmother Mee-Maw on The Office episode "Niagara, and once more in the episode when they baptise Jims and Pams daughter CC. Description above from the Wikipedia article Peggy Stewart(actress), licensed under CC-BY-SA, full list of contributors on Wikipedia.