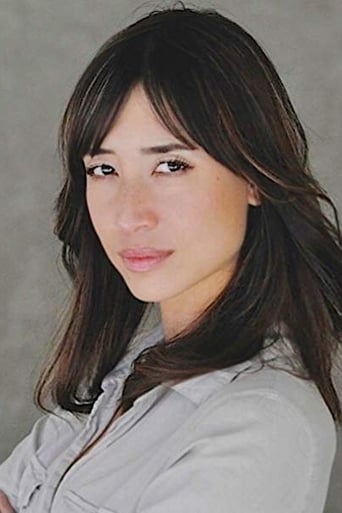 Meiling Melançon (born March 3, 1980) also known as Mei Melançon 明依, is an American actress, screenwriter and former fashion model. She has had a prolific career with her versatile looks and abilities. She has appeared in major feature films as well as indie films, television shows, and over a hundred commercials as a model and actress. As of 2014 she is becoming known for work behind the camera in roles such as screenwriter and producer. Meiling Melançon was raised in mainly Japan, Hong Kong and Korea, she is of French, Chinese, and Japanese descent. As a child she traveled throughout Asia and Europe. Her mother is of French heritage and her father is Chinese and Japanese. At the age of five her mother taught her how to play the guitar, and she was later in a children's band called Blossoms. In an interview with Giant Robot editor Eric Nakamura, Mei spoke about her nontraditional strict upbringing. She was not allowed to watch most films and television, only classics and that they were not allowed to listen to popular music due to religious reasons. Melançon started acting in 2003. She was at that time a successful model and was signed to Wilhelmina Modeling Agency. She appeared on "Legends of Tomorrow" as Masako Yamashiro in season 2. Melançon also appeared in the final season of The L Word as recurring character "Jamie Chen," as Psylocke in X-Men: The Last Stand, as "Miyu", Kevin Spacey's assistant in Shrink, as Lynda in the HK-shot film Irreversi, as Dr. Catherine Ivy in the psychological thriller/horror film Pathology with Milo Ventimiglia, and as the other "Girl in the Car" along with Maggie Q in Rush Hour 2 when she was still modeling. Melançon also starred as Lotus Long in the short film bio-pic Keye Luke, which premiered at the 2012 Los Angeles Asian Pacific Film Festival and which was Closing Night Film of the inaugural 2013 Seattle Asian American Film Festival. She starred in Blumenthal where she played Scottish actor Brian Cox's niece, and the film made its premiere in 2013 at the Santa Barbara International Film Festival. From Wikipedia, the free encyclopedia