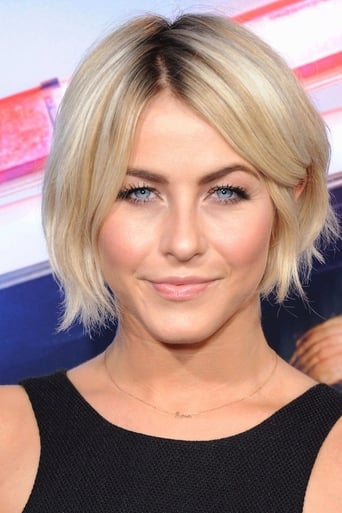 Julianne Hough (born July 20, 1988) is an American professional ballroom dancer, country music singer and actress. She is most widely known for being a two-time winner of ABC's Dancing with the Stars. She earned a Creative Arts Primetime Emmy nomination in 2007 for choreography. ABC's 20/20 called her one of the "very best dancers on the planet." Hough's brother, Derek, is also on Dancing with the Stars and is a three-time winner himself. Hough was signed to Mercury Nashville Records in December 2007. Her self-titled debut album was released May 20, 2008, debuting at #1 on the Billboard Country Album chart and #3 on the Billboard 200. It sold 67,000 copies its first week, and has sold over 320,000 total copies. On October 12, 2008, she released a holiday album, Sounds of the Season: The Julianne Hough Holiday Collection, which as of January 5, 2009, had sold 157,000 copies. Description above from the Wikipedia article Julianne Hough, licensed under CC-BY-SA, full list of contributors on Wikipedia.