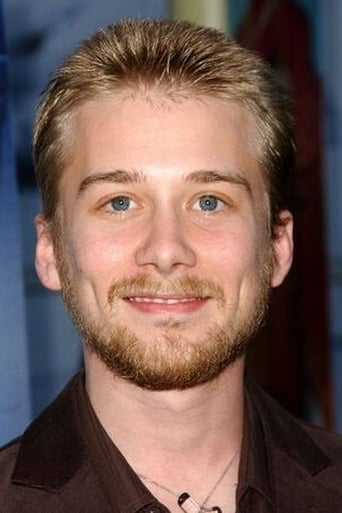 From Wikipedia, the free encyclopedia. Lou Taylor Pucci (born July 27, 1985) is an American actor who first appeared on film in Rebecca Miller's well received Personal Velocity: Three Portraits in 2002. Pucci was born in Seaside Heights, New Jersey and at 2 years old, moved to Keansburg, New Jersey. A graduate of Christian Brothers Academy in Lincroft, he currently lives in Venice, California. He first acted at the age of ten in a hometown production of Oliver!. Just two years later he was on Broadway playing Freidrich in The Sound of Music. He can be seen in Arie Posin's The Chumscrubber, the HBO miniseries Empire Falls, and starring as the lead in Mike Mills' film Thumbsucker, for which he received the Special Jury Prize for Acting at the 2005 Sundance Film Festival and the Silver Bear Award for Best Actor at the 2005 Berlin Film Festival. He also played the title character in Green Day's "Jesus of Suburbia" music video. Pucci currently had three films that screened at the 2009 Sundance Film Festival: Brief Interviews with Hideous Men, directed by John Krasinski of The Office; The Informers, with Billy Bob Thornton, Winona Ryder, Kim Basinger and Mickey Rourke, based on Bret Easton Ellis' collection of short stories of the same name; and Arlen Faber (formerly The Dream of the Romans) with Jeff Daniels and Lauren Graham. Pucci was also a juror for the short film competition. Description above from the Wikipedia article Lou Taylor Pucci, licensed under CC-BY-SA, full list of contributors on Wikipedia