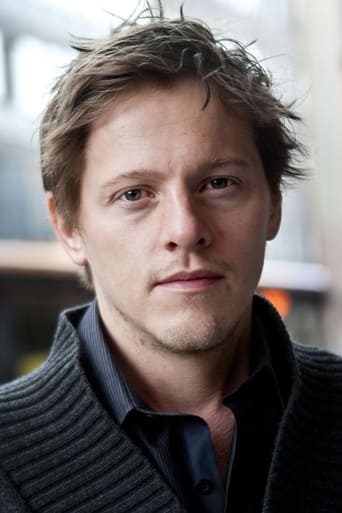 Thure Lindhardt is a Danish actor, educated at the drama school at Odense Theater in 1998. Lindhardt was born in Copenhagen and grew up in Roskilde. At the age of 12, he got a part in Bille August's film Pelle the Conqueror. His breakthrough in Denmark came with his portrayal of a boy with autism in A Place Nearby, starring alongside Ghita Nørby. Since then, he has played parts in a variety of movies and series, including Into the Wild, Love in Thoughts, Sugar Rush, Princess, Rejseholdet, and Flame & Citron, a movie about the World War II resistance group Holger Danske, starring alongside Mads Mikkelsen. Most recently, he played a leading role as the young Swiss Guard Lieutenant Chartrand in the 2009 film Angels & Demons, directed by Ron Howard. Description above from the Wikipedia article Thure Lindhardt, licensed under CC-BY-SA,full list of contributors on Wikipedia.