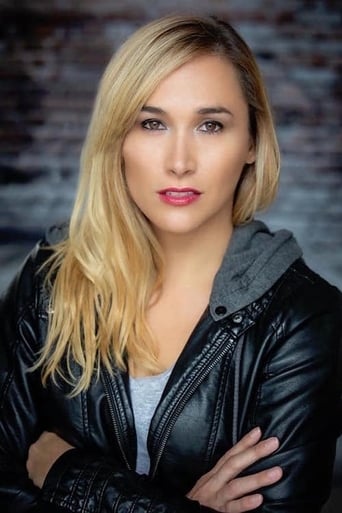 Robbie grew up in Cleveland, Ohio in the neighborhood of Slavic Village. It was after watching 'The Terminator,' she knew from a young age that she wanted to be in movies when she 'grew up.' She started theater and film classes in college where she wrote and directed several projects, as well as booked her first lead role as Estragon in Samuel Beckett's 'Waiting For Godot.' The next few years were devoted to stage work and honing in on her abilities. She performed in plays such as Rosencrantz & Guildenstern Are Dead, MacBeth, Dracula, Our Town, and The Crucible. Then she signed with Docherty Talent Agency in Cleveland and has been in numerous commercial spots both nationally and locally. Robbie has also been in several independent films and was able to share the screen with stars such as Gillian Jacobs, Dee Wallace, Busy Philipps, Addy Miller, R.A. Mihailoff, Parrish Randall, Kevin Sizemore, and Keith Coogan. Robbie is now the CEO of her production company, Perfect Holiday Productions, where she writes, directs, and edits horror, thriller, and fantasy films. She has won several awards for her work at various film festivals. Her thriller feature film, "Whatever It Takes" is available on Amazon Prime and her short horror, "Beyond Repair," will be available on a Women in Horror anthology DVD being released soon - both available through Meridian Releasing Group. Her fantasy-romance short, "Dream Come True," has just begun it's festival run, while her team finishes production of feature horror film, "FUN."