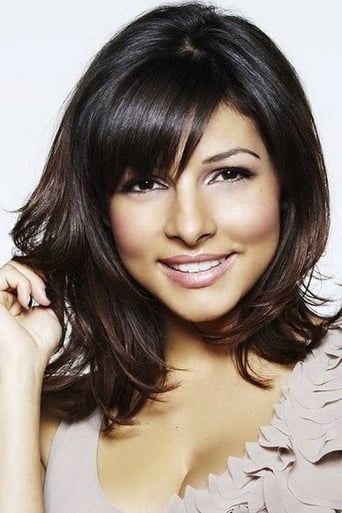 Roxanne Pallett is a British actress, best known and loved for playing Jo Stiles (Sugden) in ITV's 'Emmerdale' (2005-2008). Her impact on the nation playing soap's femme fatale immediately grabbed attention before she then broke our hearts as the victim of 2010's biggest domestic abuse storyline on screen. The dramatic performances earned the actress 6 nominations and huge critical acclaim for her emotional portrayal as the vulnerable Jo. Pallett decided to leave the show in 2009 to "earn her stripes and discover new characters" and after starring in ITV's 'Dancing On Ice' Season 4, wowing audiences with her impressive daredevil moves such as the 'head banger', Pallett then treaded the boards in three lead consecutive theatre roles, 1950's musical 'Rock Around The Clock', Eve Ensler's UK tour 'The Vagina Monologues' and two-hander play "Satin 'n' Steel", winning as much credibility and popularity on stage as she did previously on screen. She then silenced her critics by playing 17 year old troubled school girl Shelby Dixon in BBC's Waterloo Road, a role that was ten years younger than the actress herself in real life. 2012 was a huge year for Pallett when she was cast as the lead role of Sarah McColl in British film 'Devil's Tower' when she originally walked in to audition for a smaller part as the friend. After shooting the intense horror film, Pallett then began filming an Urban Comedy for Kaleidoscope Pictures, 'It's A Lot' playing the quirky college misfit Louise. In 2013 Pallett beat a whole host of musical theatre talent to the lead role of Janet Weiss in the 40th anniversary UK tour of 'The Rocky Horror Show' which saw her transform yet again, this time into a 1950's blonde All-American sweetheart. Pallett then went straight into her next stage role as Shelley for The Royal Court's in 'Ladies Day'. The play proved to be her biggest on stage challenge to date, due to the role being 'scouse' and her being the only non Liverpudlian actor in the cast. She won rave reviews for her comedic timing and flawless 'scouse' accent. The actress began shooting British film 'The Violators' in Jan 2014 and then flew straight out to shoot for 20th Century Fox in American horror film Wrong Turn 6 in the spring of 2014. - IMDb Mini Biography By: Roxanne Pallett Official