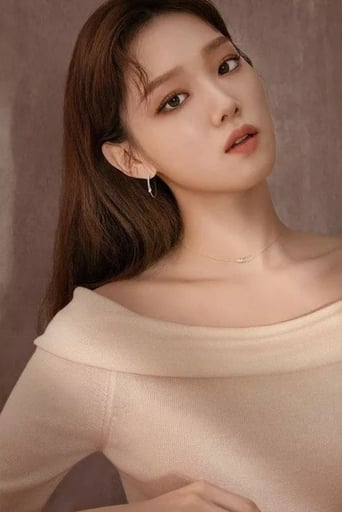 Lee Sung-kyung (Hangul: 이성경; born 10 August 1990) is a South Korean actress and model. Lee began her entertainment career as a model where she competed at the local Super Model Contest in 2008. Lee made her acting debut as the first actress from YG Entertainment and model company K-Plus strategic partnership in the SBS drama "It's Okay, That's Love". She acted in the television dramas Cheese in the Trap and The Doctors before taking her first leading role as the titular character in Weightlifting Fairy Kim Bok Joo. Lee began her entertainment career as a model where she competed at the local Super Model Contest in 2008. In 2013, The Papers collaborated with Lee with the single "I Love You". In 2014, Lee made her acting debut with a supporting role in television drama It's Okay, That's Love, being the first model-actress promoted under the joint venture of YG Entertainment and K-Plus. This was followed by the weekend drama, Flower of Queen in 2015. She won "Best New Actress" in a Special Project Drama at the MBC Drama Awards for her role. In January 2016, Lee featured in tvN's college romance series, Cheese in the Trap. On April 28, 2016, Lee released a collaboration single with Eddy Kim, which is a cover of Sharp's "My Lips like Warm Coffee". Lee then starred in the SBS' prime-time medical drama, The Doctors as a neurosurgeon. The same year, she took on her first leading role in Weightlifting Fairy Kim Bok-joo, a youth sports drama inspired by the real-life story of Olympic weightlifting champion Jang Mi-ran. In 2017, Lee dubbed the film Trolls alongside Park Hyung-sik. She was also cast in the romance film Love+Sling, directed by first-time director Kim Dae-woong. She was also featured in PSY's 4X2=8 with the single "Last Scene". In 2018, Lee starred in the fantasy melodrama About Time. She was cast in the action-comedy film Miss & Mrs. Cops released on May 9, 2019, alongside Ra Mi-ran. In 2020, Lee starred in the second season of the hit medical drama Dr. Romantic, playing Cha Eun-jae, a skilled cardiothoracic surgeon with Ahn Hyo-seop as her leading man. Dr. Romantic Kim 2 went down to be the highest viewed cable drama of 2020, Lee was praised for her portrayal of Cha Eun Jae and won many accolades for her role