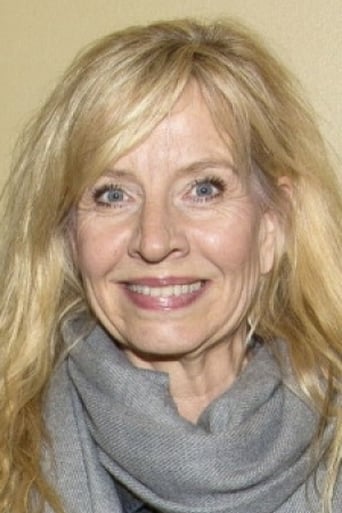 Hege Schøyen (born 22 May 1957 in Oslo) is a Norwegian actress, comedian and singer. A graduate of the Norwegian Academy of Music with the song majors. After graduating she worked as a backup singer for her debut on stage in the play "Med Floss på katta" in 1982 at the Chat Noir. Her major breakthrough in 1986 with her ​​monologue "Stælken Gundersen", at the same scene. The cabaret scene has also worked with Vazelina Bilopphøggers, Dizzie Tunes, Sven Nordin, Nils Vogt and Øystein Sunde, and on television including with Øivind Blunck and Kjersti Holmen. She became famous as the wonder, gum chewing "Bitten" in the TV series "Blikkbox" which went on NRK in the late 1980's and early 1990's. Schøyen popped up here every other week and alternated with Øivind Blunck in the role "Reida"r. It was released on both CD and video of this series. In the 90's she was among other host of the Youth Programme Middle of the action. In film, she has mostly played supporting roles, but had the lead role in the film Suffløsen in 1999. In 2003 she starred in the TV program Hege & Holmen, where she played with Kjersti Holmen. She was in 2006 with the play "Off the beaten track" with Nils Vogt and Sven Nordin. In 2011, she starred in the Night unmusical queen with Jan Martin Johnson, the play is a comedy about Florence Foster Jenkins set up at the Chat Noir. In 2011, she was also in the comedy series  "Sara & Selma" where she played the role of Sara. Schøyen is married to jazz musician Arild Andersen. Their children are common James Schøyen Andersen and Line Andersen Schøyen.