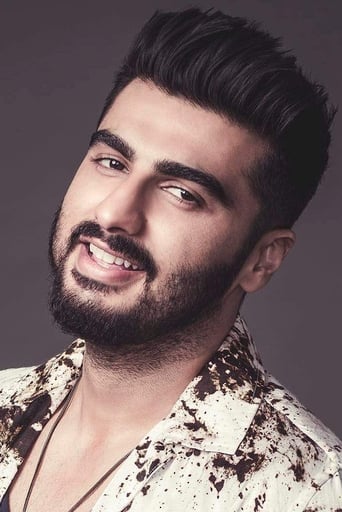 Arjun Kapoor is an Indian actor who appears in Bollywood films. He is the son of film producers Boney Kapoor and Mona Shourie Kapoor. After working as an assistant director and associate producer on several films, including Kal Ho Naa Ho (2003) and Wanted (2009), he made his acting debut with Habib Faisal's romantic drama Ishaqzaade (2012), for which he was nominated for the Filmfare Award for Best Male Debut. Kapoor went on to portray a coal bandit in the action film Gunday (2014), an aspiring writer in the romance 2 States (2014) and a stay-at-home husband in the romantic comedy Ki & Ka (2016); all three films earned over ₹1 billion (US$15 million) worldwide. In addition to acting in film, Kapoor has hosted the 16th IIFA Awards ceremony in 2015 and the seventh season of the television reality show Fear Factor: Khatron Ke Khiladi in 2016.