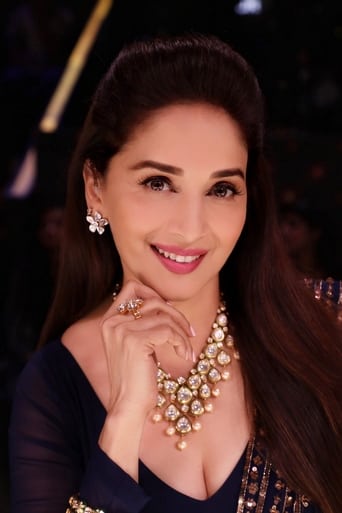 ​From Wikipedia, the free encyclopedia Madhuri Dixit (born Madhuri Shankar Dixit on 15 May 1967) is an Indian film actress who has appeared in Hindi films. Throughout the late 1980s and 1990s, she established herself as one of Hindi cinema's leading actresses and most accomplished dancers. She appeared in numerous commercially successful films was recognised for several of her performances. Dixit is often cited by the media as one of the best actresses in Bollywood. Dixit has won five Filmfare Awards, four for Best Actress and one for Best Supporting Actress. She holds the record for the highest number of Best Actress nominations at the Filmfare, with 13. In 2008, she was awarded the Padma Shri, India's fourth-highest civilian award by the Government of India. Description above from the Wikipedia article Madhuri Dixit, licensed under CC-BY-SA, full list of contributors on Wikipedia.